We on the Decoupled Days organizing team share in the deep grief and unfathomable pain Black people everywhere are feeling after the murders of Breonna Taylor, George Floyd, David McAtee, Manuel Ellis, Ahmaud Arbery, Tony McDade, and far too many others. All of us reacted with fury and horror to the unceasing senseless killings of Black people at the hands of law enforcement officers, sworn to serve and protect, and racist armed white vigilantes.

We stand in solidarity with the Black community and raise our voices in unequivocal support of the Black Lives Matter movement. We denounce all manifestations of and demand an end to anti-Blackness, police violence, and white supremacy in our country and around the world.

Systemic racism, structural oppression, and white supremacy buttressed by privilege have been responsible for so much more than the visible assassinations of Black people. Since the start of slavery on American shores no less than four centuries ago, these injustices have continued to destroy Black communities today with persistent segregation in housing and education, severe economic inequality and housing instability, food deserts and failing infrastructure, mass incarceration and wrongful convictions, environmental pollution and medical racism, and, of course, the disproportionate death toll of the coronavirus pandemic among Black people.

Today, the Decoupled Days organizing team is taking a stand, both as a technology conference serving as one of many gatekeepers for our industry and as a non-profit, community-led collective serving New York City. We are backing our words with specific actions that we will take as an organization:

We ask that you join us in combating anti-Blackness, police violence, and white supremacy in New York City, across the United States, and around the world. We stand united with Black people globally and resolutely add our voice to repeat, once again, that Black Lives Matter. 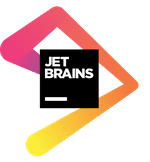